Mike and I recently visited a church in Plano and the pastor spoke on single life. He started out by saying “single life is the preferred life.” When this man said this I was so confused. I was thinking to myself “you mean being single is better than being married?” I was ready to just walk out of the church at this point, but as he kept on , it made complete sense! When you’re single, you have more time to devote yourself to the Lord and “HIS” plan, not “YOUR” plan. He compared single life to Jesus’ life. When Jesus came and left this earth, he was single. So for singles to think they have bad because they don’t have anyone to cuddle with at night, well they’re saying Jesus was a lame too! Then he broke down single life (the way women view it ) into two categories.

The woman that has the OVER desire to get married:

You have some woman that ALL they think about is getting married. They have their wedding dress already picked out, they know what kind of flowers they want, what dress they’ll be wearing, even down to the exact  ring they want (I was guilty of this too). They pray to God for their prince charming and they think that every man that walks into their life is “the one,” only to get disappointed and find out he was far from it.

The woman that has the UNDER desire to get married:

Then you have some women that swear they’ll never get married and that their done with men because they’ve been hurt way too man times. They’re bitter towards love and hate seeing happy couples. They think all men are dogs, liars, and cheaters. They put up this tough persona because they don’t want to get hurt again.

Marriage and single life should both be held high. Marriage is a beautiful thing when done right and when done under “God’s” timing, NOT yours. Singles should be worried about praising the Lord instead of trying to find that perfect relationship just so they can fit in with what “society” makes us think about relationships. Too many people are focused on social media, and NOT on God. Too many girls are tying to find their “boo” to post pictures with on instagram and Facebook! When someone asks you why you’re still single and why you haven’t gotten married yet, that’s just the Devil trying to bring you down and block you from your blessings! Of course people want to be married, and God blesses that, but truly focus on him and the ultimate marriage, which is when you see christ.

SOOOOOOO, to my singles, if you make your over desire to God, you will do that when you’re married. You should want to be  with somebody who’s hard working for God! A man that will lead the way a man is supposed to lead! Which means you have to be hard working for him as well. Ladies, you can’t be asking for a Godly man, if you’re not a Godly woman. This goes to the fellas as well, look for a Godly woman! Don’t look for a woman that’s more concerned with “partying” all the time. 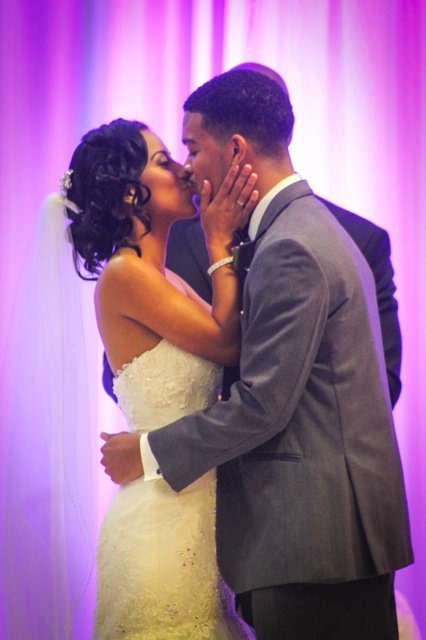 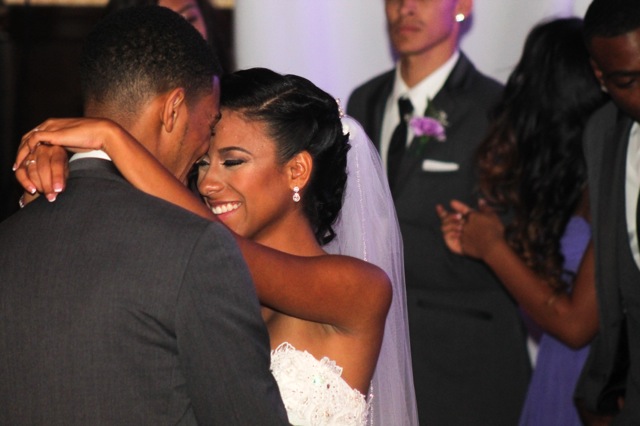 A Virtuous Woman is a basically a triple threat. She’s an excellent wife, provider, responsible, humble, and most importantly, a woman of God. I’m not perfect, but I’m trying to be the best wife that I can be to my husband. I’ve been reading the bible more and learning how to be the wife God intended me to be. One that is supportive to her husband, quick to listen, and slow to anger. I’ll admit, it must be the Latina in me because this is a hard one for me, but what I love most about my husband is his patience with me and how he makes me want to be a better wife!

Proverbs 31:10-31 describes a Godly wife, a virtuous woman. She sets about her work vigorously; her arms are strong of her tasks. She is clothed with strength and dignity; she can laugh at the days to come. Her husband has full confidence in her and lacks NOTHING of value. She speaks with wisdom, and faithful instruction is on her tongue. My favorite quote of all “She is more precious than jewels, and NOTHING you desire can compare with her.”

This is how ALL women should strive to be not just married women. Ladies, let’s strive to be a Virtuous woman!

As most of you know I recently married my best friend, Michael Luster, and while it’s been nothing but beautiful so far, I know times will get hard and we’ll have to turn to prayer often! I really wanted to make a blog not only discussing marriage life, but just relationships in general.

As a young woman of God I really wanted to share with other women in my opinion, what it takes to have a healthy relationship under God’s protection. With that being said, in no way am I saying my relationship with my husband is perfect. In fact it’s far from that! In a previous blog I discussed a hard time in our relationship where my husband and I broke up while were dating for a whole year! It was one of the hardest times in life, as everything I knew came to an end. I thank God every day for that lesson because it prepared me for marriage, and how to turn to the Lord when times get tough. He was the one that got me through it.  A Relationships causes pain, and without God as the head of your relationship, it will crumble.

With that being said we are now happily married, but I’m still learning daily how to be the best wife I can be.  I hope you all enjoy reading and growing with me! 🙂