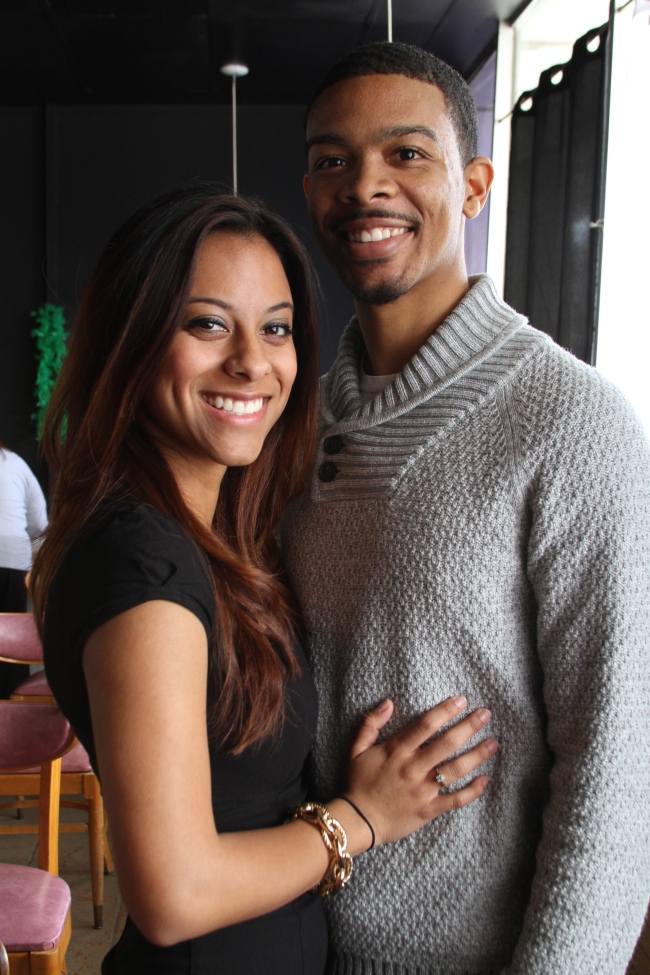 Submission is something I never really believed in, or really understood I should say until I got married. It’s something I struggled with at the beginning of our marriage and something I still have to remind myself to be a submissive wife.  I was raised by an outspoken Latin mother, and submission did not exist in our household. My father did as my mother said and when she was angry about something, boy oh boy did he hear about it. Anyone that knows me knows I don’t keep my mouth shut. If something needs to be said, I say it and I’m very straightforward about it, especially if it’s something I feel passionate about. But this is not how God intended for marriage to be.

“Wives submit yourselves to your husbands, as is fitting in the Lord. Husbands, love your wives and do not be harsh with them.” {Colossians 3:18-19} A wife is supposed to submit herself to her husband and as her husband submits himself unto the Lord. Now this does not mean that wives are not supposed to have a voice or an opinion, it just means that women are supposed to let their husbands lead their households as it was intended to be. Whenever women try to lead their household, chaos will happen because that’s not how the Lord intended it to be. The next question I might get is, “but what if my husband isn’t spiritual, therefore he’s not leading his household in a spiritual way?” The answer is simple. Pray. Pray to the only man that will make your husband become the man you want him to be. God too wants your husband to be the spiritual leader he can be. Be an example to your husband, get yourself right with God and never stop praying for your husband. God is the only one that can heal a “broken” home.

As some of you may know, I’ve been reading a book called “The Power of A Praying Wife,” and let me tell you how amazing this book is. It has opened my eyes in more ways than I could’ve ever imagined, the first being a submissive wife. I had always prayed for my husband, but this book has showed me things to pray for my husband that I never would have thought of. Ever since I’ve started reading this book I feel as if my marriage has become even better. My husband is a spiritual leader of our household and it’s an honor to be his wife, so why not be the best wife I can be?  The most important part of a marriage isn’t planning a wedding. It’s planning a healthy spiritual future together. So to all my wives and single ladies, it’s never too late to start praying for your husbands and praying for spiritual growth in your marriage. After all, when you get married two becomes one. When he’s off track, you’re off track so get back on track…God’s track.

We’d all like to think that we come from a perfect home with no family secrets or family drama, but the truth is just about every one has some sort of family drama or some serious underlying issues. There are two things you can pass down to your kids: Generational curses or generational blessings. Take a dead-beat father for insistence. One who only took part in making a child, but failed to be there for their child’s greatest moments in life guiding them or supporting their biggest decisions…or how about a single mother that brought men in and out of her children’s lives and was more concerned with finding a husband rather than finding stability for her children. You swore you’d never make the same mistakes your father or mother made…yet you find yourself unknowingly in the exact positions as them and before you know it the cycle keeps going leading to a generational curse.

Someone has to put an end to the generational curse, and it can start with you. Don’t make the same mistakes your parents made or family members made. Don’t date that man/woman if they don’t bring out the best for you and inspire you to be a better man/woman just because you don’t want to be alone…that’s how generational curses continue leading to years of suffering and frustration. Make a change; aspire to want to have a healthy home with a God-fearing Husband or Wife. Start planting generational blessings for you, your kids and their future children.

So before you think you’re ready to tie the knot, make sure the person you’re marrying shares your love for the Lord, you’re compatible with, inspires you, respects you, loves you, and most importantly…they’ll help create a generational blessing

How many times when you’re venting to your girls about what your man, it’s “his” fault you’re mad and the reason things aren’t working out. You slept with him and now he’s not returning your calls and he’s acting like a complete jerk, he curses at you when you two are fighting, he keeps having female “friends” hit up his phone and he tells you it’s nothing and not to worry about it, or how about when you two move in together and it’s “his” fault things didn’t work out and now he’s moving out. STOP, STOP, STOP blaming it all on him. Everything was cool when you two were having sex, everything was okay when you two were spending time together, and everything was fine when you both went apartment hunting together…but now he decided to up and leave one day and now it’s all his fault you’re left broken-hearted right? Wrong. It takes two to tango. So just as much as you think he’s wrong (which he is, I’m not saying all of these are right) you’re just as wrong. A man will only do what you allow him to do. You made that decision to have sex with him and not think about the consequences, there’s a reason why God made sex for marriage (I’ll talk about that in a later blog) and now that he’s treating you different it’s “him.” You made the decision to play house without having a ring on your finger and making that commitment before God, and now it’s “his” fault things didn’t work out.

Ladies we have to value ourselves because if we don’t, what makes you think a man will? The first thing you did wrong was give your all to man that isn’t your husband and expect him to act like one. Now I’m not saying that we can’t treat our boyfriends right and fall in love, but love is patient and love is kind. If he’s pressuring you to have sex…red flag number one. If he curses at you when you two are mad at each other, apologizes, and curses at you again the next time you two argue…he doesn’t respect you and that’s red flag number 2. If he keeps having lady friends hit up his phone and he tries to hide his phone and panics when a text goes off right by you…red flag number 3. Do you see where I’m going here? This man wasn’t the man for you so why give your all to a man like this and then have the nerve to say it’s “his” fault things didn’t work out. You allowed a man to disrespect you, you allowed a man to take your dignity, and you allowed a man to walk all over you. He didn’t deserve your love and you need to move on, let go, and let God. This is not a Godly man and he needs to find his faith and as much as we would like to help him get there, we can’t force it. In the mean time get right with God and let him bless with you an amazing Godly man that you can one day call your husband.

I’m not saying women aren’t allowed to make mistakes. In NO way am I saying I’m perfect, but when girls vent to me about their guy and I hear all the awful things he’s doing and saying to her and she’s allowing it…. it’s hard for me to just blame it all on the guy. You have power over your feelings, don’t let a man that doesn’t deserve your affection get the best of you…because you’ll regret it later.